49 years ago today, civil rights workers James Chaney, Michael Schwerner and Andrew Goodman were killed by a mob of klansmen. The trio’s bodies were not found for 44 days. 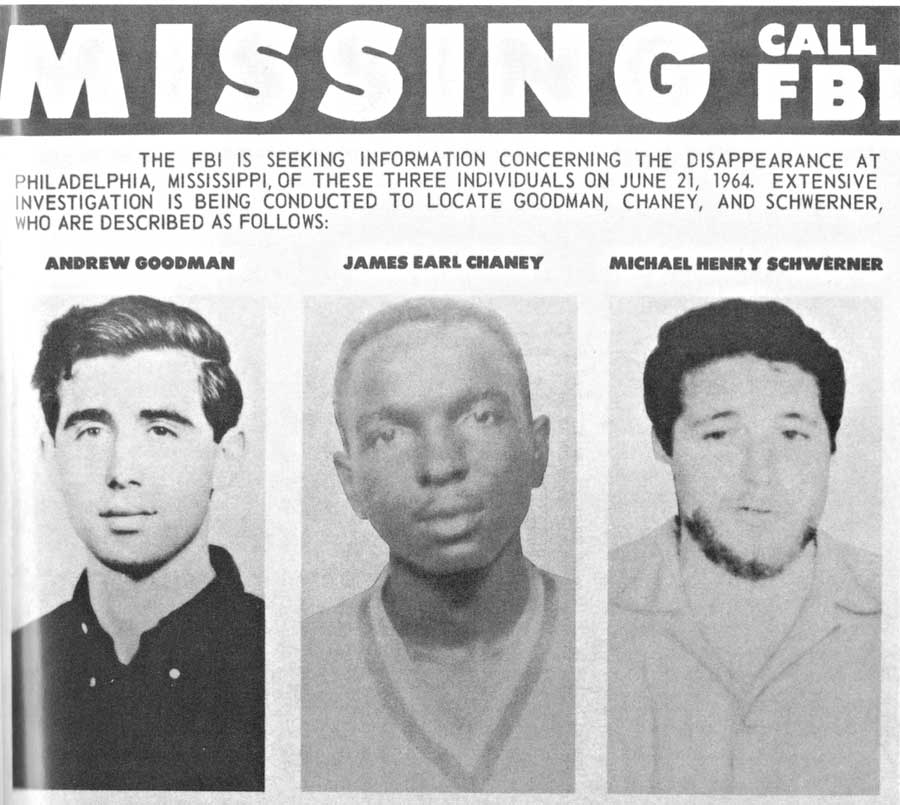 On August 4, 1964, the bodies of Chaney, Schwerner and Goodman were found buried in an earthen damn on the property of Olen Burrage, a wealthy, local businessman. 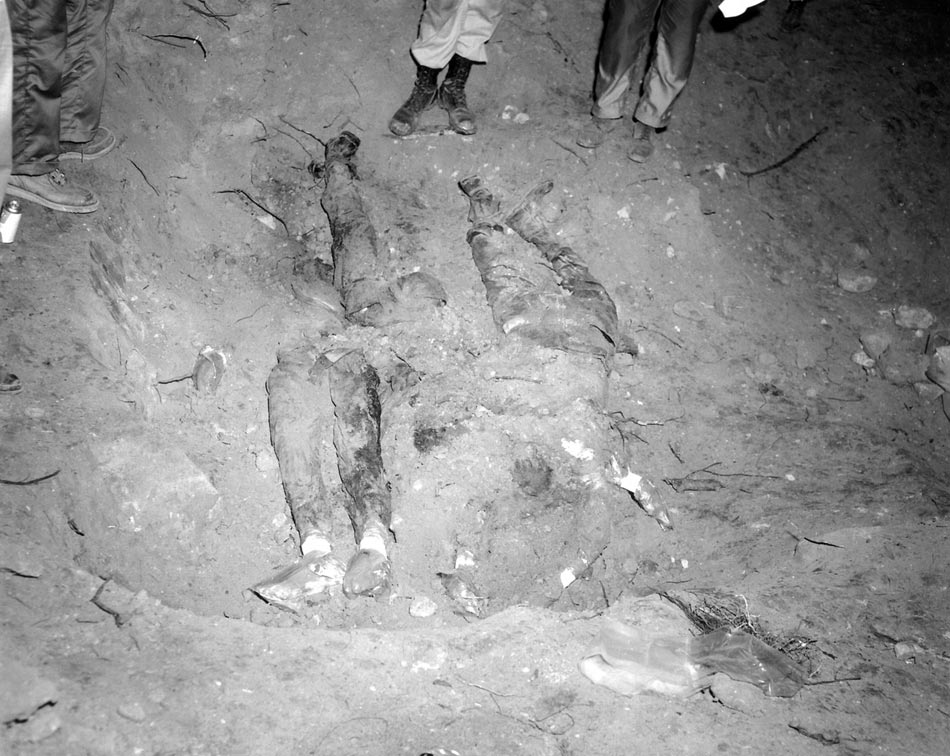 The civil rights workers were found dead in an earthen dam on land owned by Olen Burrage.

In 1964, the FBI accused 21 men, including Burrage, of taking part in the killings of Chaney, Schwerner and Goodman. State officials declined to prosecute any of the accused on murder charges. In 1967, a federal grand jury indicted 19 men on charges of conspiring to deprive the three civil rights workers of their civil rights. 1n 1967, 7 of those charged were found guilty of the lesser conspiracy charges.

On January 6, 2005, Klansman Edgar Ray Killen, was indicted on state murder charges and on June 21, 2005 was convicted on three counts of manslaughter. In 2005, besides Killen, 9 of the men who were charged in 1967 were still living.

Olen Burrage died this year at 84, never having been charged with murder. A few years earlier, Jerry Mitchell called Burrage on the phone.

When I called Burrage that day, it was in hopes of him answering that question: How could a bunch of Klansmen have slipped onto your property in the dead of night, run a bulldozer and buried three bodies 15 feet down without you hearing or knowing something?

I had hoped to ask Burrage that question, but what I heard instead was a click, followed by a dial tone.

Now no one will ask him that question.

One living suspect remains, James Thomas “Pete” Harris, age 79. There is a strong case against him.

Hank Klibanoff tells the story of this photograph by Bill Eppridge.

On August 7, Eppridge watched as the Chaney family left to bury their eldest son. As they awaited a driver, Fannie Lee Chaney and her husband, Ben Sr., sat in the front seat of a sedan; their daughters, Barbara, Janice and Julia, sat in the back with Ben, who hunched forward so he’d fit.

For victims’ families, coping with such anger and grief becomes a defining feature of their lives. In 2007, I spoke with Ben Chaney over the phone two days after his mother Fannie Lee Chaney was buried in Meridian, MS, next to her eldest son, James. I asked Ben how it felt knowing that she had died with most of the perpetrators never having been charged with murder.

I first met Ben Chaney in 2005 at the 41st annual memorial for Chaney, Goodman and Schwerner on the family land of the late Cornelius and Mable Steele who were local blacks working with James Chaney and Michael Schwerner on voter registration in Neshoba County, Miss.

The 49th annual memorial is today and tomorrow.

What Are They Doing in Heaven Today I’m thinking of friends whom I used to know, Who lived and suffered down in this world below They are gone to glory, yes dear Lord, whom I would

Abiding Mysteries I started my other blog in 2004 to write about my dad’s involvement in the left generally and the Civil Rights Movement particular. I had no plan.
benlog