DeKalb County, Alabama superintendent of schools Hugh Taylor has nixed the Collinsville High School history club’s request to take students to a screening of Selma in nearby Gadsden. Taylor’s objection to students making a school sanctioned and funded trip to see the film has gotten people talking about new South discomfort with frank representations of old South realities. More is at stake here, however, than whether DeKalb County students are allowed to see the film as part of a school history club activity. The Collinsville High history club should be allowed to take students to Gadsden to see Selma. But what about making the 25 mile drive to Gadsden to learn about Gadsden? 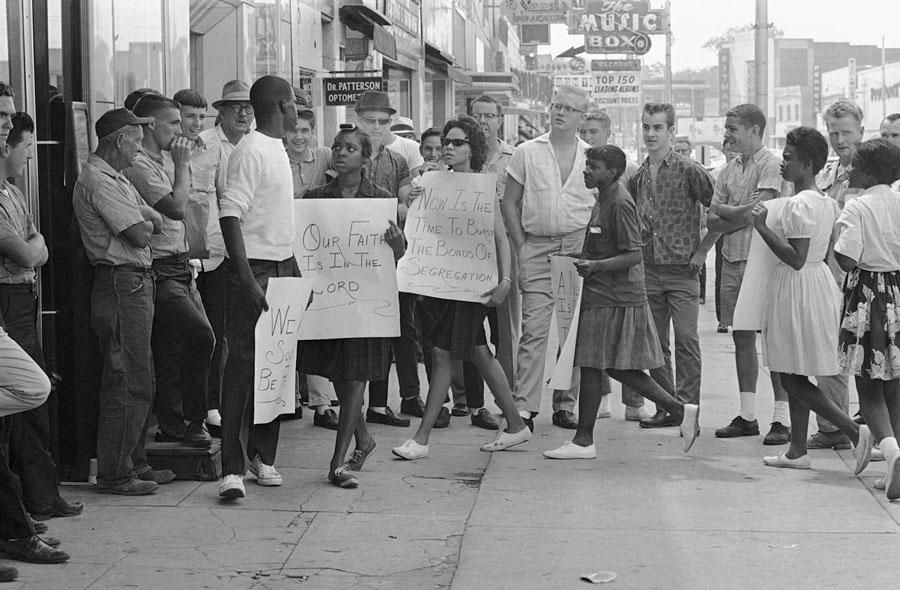 Taylor was worried about what the school’s “multicultural” students might hear in Gadsden.

Taylor cites the website “Kids In Mind” when explaining his decision. The site advises that the movie “Selma” has “about 2 F-words (and) 26 derogatory term (sic) for African-Americans.”

“I understand the movie has a lot of historical value,” Taylor told AL.com Thursday morning. "The request was denied based on language. (The website) told me there were about two F-words in that movie, which I presume may mean more. The school that wanted to go (Collinsville High) is a multicultural school and (the website) said there were going to be 26 African-American connotations, which I thought would probably be inappropriate.

“I deemed this movie in particular inappropriate and that’s my job as the head of the school system to make those decisions,” he said.

The National Coalition Against Censorship questions Taylor’s objection to Selma’s language and raises concerns about keeping high school students from seeing the film.

Throughout history, citing a piece’s “dirty words” has been a cornerstone of censorship. Words may offend our delicate sensibilities, particularly when those words are decontextualized from the artistic work at hand. Profanity has increasingly, however, become a convenient veil for masking more damning, openly discriminatory ideas of what should be censored.…

Whatever the reason for Taylor’s decision, the result is especially disheartening when considering the film’s critical adulation. Some have gone as far to say that Selma should be regularly shown in US public schools for its incisive and humanistic rendering of one of our country’s most vital historical moments.… Selma is … a film that’s been shepherding in a more informed, urgent conversation about civic protest movements, our country’s contested history of race relations, and who gets to tell historical narratives.

Others share the NCAC’s concerns about censorship and question whether Hugh Taylor is truly worried about the language the Collinsville High students might hear in Gadsden or if his objection is to the film’s depictions of Alabama’s racist past. Mother Jones notes, for example, that “Alabama is one of three states in the country that simultaneously observes Robert E. Lee Day alongside Martin Luther King Day.” The blogger “Field Negro” wonders whether Taylor’s problem is that he “had some relatives who are on the wrong side of history when it comes to what went down in Selma.” 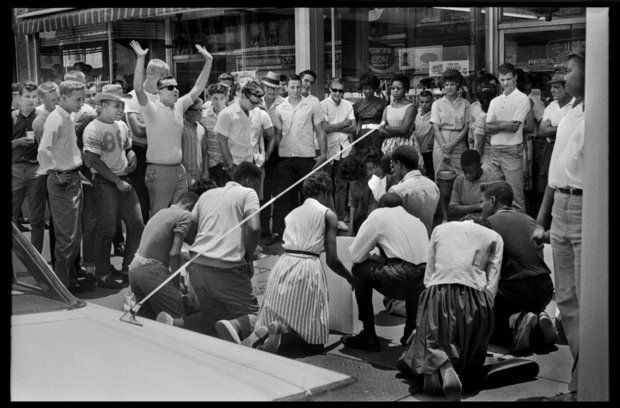 On July 11 about twenty-eight of us demonstrated again and were arrested for “vagrancy.” We stayed in jail six days and were released. After being released from jail this time, we set our sights for another demonstration on August 3, 1963 which we called D-Day. We began going into the communities talking to everyone about getting out on this date. The police followed us everywhere we went. We always carried our tooth brushes with us to be prepared in case we were arrested. On D-Day there were close to 2,300 people ready to demonstrate. We went downtown and picketed again.

My father’s friend William Douthard was also in Gadsden in 1963, as a Congress of Racial Equality (CORE) field secretary, organizing the protests.

It was there the ‘cattle prod,’ a battery powered instrument used in most stockyards, capable of rendering a shock from 18-24 volts, was introduced as a weapon against civil rights demonstrators. It was there the theory of brutally beating Negroes in large numbers as a means of creating a blanket of fear in the community was initiated in the grandest of Southern style.

Douthard (known to many as “Meatball”) recounted his arrest, along with another CORE field secretary, Marvin Robinson, following protests on June 19, 1963.

“I’ve got Robinson and Meatball here, what do I do with them?” “Bring them in,” said Lingo, to which Brown replied, “On what charges?” “Disturbing the peace or anything,” said Col. Lingo. We were then taken to the back of the Etowah County Courthouse, where awaiting us stood Col. Lingo and his driver, Maj. Allen.

Marvin and I were then herded into the alcove opposite the elevator. Brown then began to consistently alternate in prodding Marvin and me. While leaning against the wall under pressure of the prodding, Marvin’s leg gave in and he slipped to the floor. Immediately they pounced on him—Allen punching and kicking while Brown held the prodder to Marvin’s chest. When Marvin started yelling in pain, Allen ordered a halt until we go in the elevator so as to minimize the chances of being heard. After entering the elevator, we were constantly punched and prodded until we reached the fourth floor.

The two historical photos in this post were the only ones of the 1963 Gadsden protests that I found published online. The pivotal 1965 Selma to Montgomery March is the stuff of mainstream Hollywood film because the historical moment’s images, footage and key events are already so indelibly part of popular culture and the canonical stories of the civil rights movement. There is much more, however, that will never filter into popular films and can only be known and understood by tending to living witnesses and participants—many of whom have already died.

With hundreds of local Gadsden residents having taken part in the 1963 protests, surely some of the protestors are still around today and could provide Collinsville High students a more palpable and meaningful connection to the civil rights movement and the nature of state sponsored violent reprisals against it than can any film. The real tragedy in this story is not Hugh Taylor’s wrongheaded censorship of a notable two hour historical drama but the abundance of missed opportunities by American communities—Southern and Northern, alike—to face the violence perpetrated to uphold white supremacy and understand the history of struggle against it.

Mary was jailed for Gadsden. William [Douthard] was her protégé (remember, he was only 18 years old when he came to NY). CORE (& SNCC) worried a lot about “contributing to the delinquency of minors” which had very serious consequences for both the adult & minor. No one wanted to go to reform schools, because they didn’t have to let you out until you reached your majority. Mary had a few people who were underage under her protection. We barred a lot of kids from the office in Hattiesburg.

Honey I Am Really Scared this Time In this letter, we return to Sasebo, Japan in September of 1951, where my father was recovering from a massive case of dysentery. He is about to be
benlog